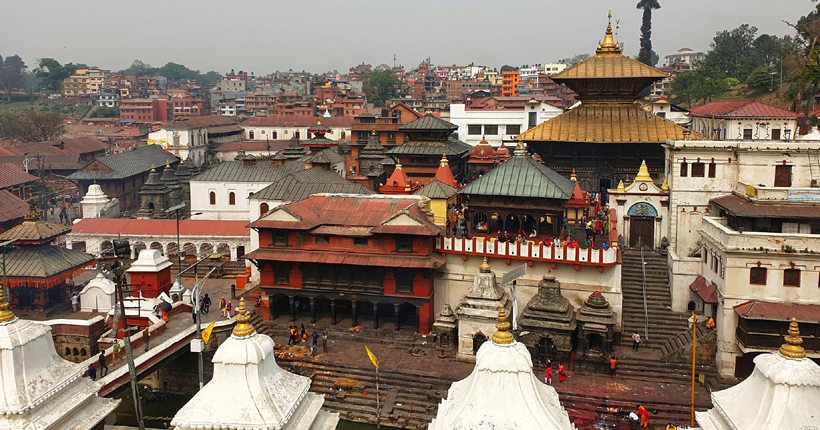 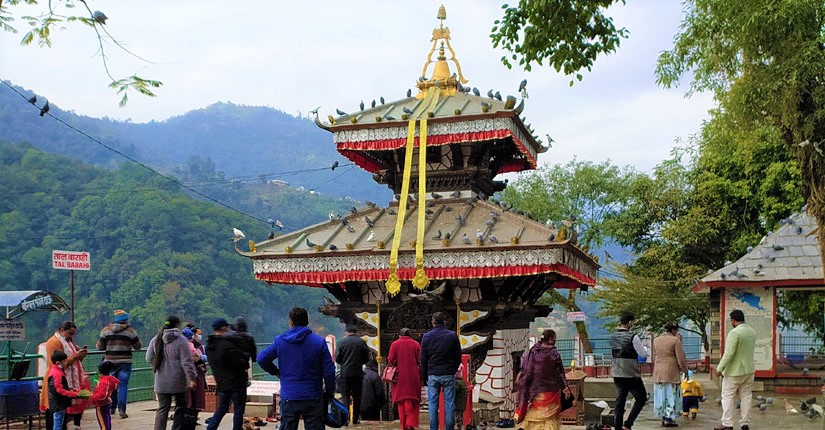 Hindu temple of the Goddess Durga - Tal Barahi
Previous Next

Kathmandu, Chitwan, and Pokhara are the prominent tourist destinations in Nepal, also known as the Golden Triangle of Nepal. With our fantastic Kathmandu Chitwan Pokhara 7-day Tour Packages, you will visit popular tourist spots that nature, rich culture, and wildlife adventures. During this trip, you will explore cultural and historical monuments, Hindu temples, Buddhist monasteries (Stupas), and the natural beauty of Kathmandu, Pokhara, and Chitwan.

Kathmandu, commonly known as the Temple City, is home to numerous UNESCO World Heritage Sites. The several aarati, pujas and cremation rites in the Pashupatinath Temple are dedicated to Hindu deities to the lord of Shiva, as well as prayer flags and wheels whirling in the Swayambhunath stupas (monkey temples) and Boudhanath, two of the world's largest stupas, attest to Kathmandu's vast religious concord. Apart from these attractions, the Durbar Squares at Bhaktapur, Patan, and Basantapur, with wood and stone carvings in pagoda-style temples and other structures, provide us with a sense of the rich historical culture.

Pokhara is well-known for its prettiness. Pokhara has eye-pleasing scenes, a natural waterfall, holy caves, serene lakes and temples. The most well-known attractions in Pokhara include Seti Gorge, Phewa Lake, Begnas Lake, Davi's Fall, Barahi Temple, Talbarahi Temple, World Peace Pagoda, and Sarangkot. We can also experience the thrills of adventure in Pokhara, which includes paragliding and many more. Pokhara offers us the opportunity to enjoy the beautiful views of Annapurna Massif, Machhapuchhre (Fishtail), Manaslu, and Ganesh Himal. Popular tour activities in Pokhara include strolling along the lakeside, boating, enjoying paragliding with mountain views, visiting a cave and waterfall, relaxing at a spa and receiving a massage, shopping for souvenirs, and enjoying the spectacular Himalayan view picturesque landscape and so on.

Chitwan is the third most popular tourist hub in Nepal after Kathmandu and Pokhara. Chitwan National Park is the main center of attraction in Chitwan, which is enlisted by UNESCO for promoting its ecosystem and biodiversity. The one-horned rhinoceros, the Royal Bengal Tiger, and a diverse range of flora and fauna call Chitwan National Park home. Chitwan National Park is Nepal's most visited national park because of its remoteness, fundamental natural beauty, Bis Hazari (Twenty Thousand) Lakes, various endangered wild animals, various religious and holy locations, and several things to see and do.

Kathmandu Chitwan Pokhara Tour has been planned for travelers to Nepal who are looking for the best natural heritage, wildlife, diverse cultures, and adventure experience. We promise significant exposure during your trip providing you with complete rejoicement and adventure.

When you arrive at Kathmandu's Tribhuvan International Airport, our representative will join you. After that, you will be dropped off at your hotel. Today evening, we arrange a pre meeting for your trip and introduce you to your experienced travel guide at your hotel. Please use this best opportunity to enquire about your vacation. This includes a final briefing and travel arrangements.

After morning breakfast, we begin our tours. You will provide a private vehicle and a professional tour guide for your sightseeing tour. The site to be visited are given below:

Swayambhunath Stupa - The Monkey Temple (World Heritage Site): You can observe the beautiful valley from the top of a hillock on its western side. Swayambhu is also known as Samhengu and the Monkey Temple due to the large number of monkeys that live in the surroundings.

Boudhanath Stupa: Boudhanath Stupa is a 2500-year-old Buddhist stupa in the Valley that was erected in the 5th century with four pairs of Lord Buddha's gaze in four directions, keeping an everlasting watch over the people and their acts. Buddhist pilgrims from Tibet may be seen spinning prayer wheels around the stupa.

Patan Durbar Square (World Heritage Site): Patan Durbar Square is located at the heart of Lalitpur city. It exhibits Newari architecture at its height during the reign of Malla rulers, who were master builders and patrons of the arts.

You may spend your leisure time exploring market and do some shopping around your hotel.

When you arrive, you will be greeted with a complimentary drink. The afternoon program schedule will then be explained. After lunch, you will participate in safari activities such as an elephant back safari or a Jeep safari and village tour. Tharu cultural dance show and best supper will make your evening exciting.

After lunch, you will go for a tour of the park visitor center and Tharu village. A jungle walk, Canoeing and a visit to the elephant breeding center are also included. In the evening, Sunset view from Rapti River, dinner, and Tharu cultural programs are involved.

Day 04: Visit the National park tour and drive to Pokhara

Our day will begin with some jungle activities in Chitwan. After breakfast, we'll go to Pokhara. After checking into the hotel, go for a one-hour boat ride on Phewa Lake and then visit Tal Barahi Temple. The evening will be spent exploring the cave and waterfall. The places you will visit are as below:

Davis fall: The watercourse from Fewa Lake breaks through the rock wall and crashes down into a deep valley, breaking through many craters at Davis Fall, also known as Patale Chango. It is located in the southern parts of the Pokhara valley. This is quite popular with both tourists and residents.

Phewa Lake and Barahi Temple: It is located at an altitude of 800 meters above sea level, and is known as the second largest lake of Pokhara. The Barahi Temple, located in the center of the Fewa lake, is Pokhara's most prominent religious landmark. The Goddess of Power is honored with this two-story pagoda. In the calm Fewa lake, Mount d Annapurna and Machhapuchhare (Fishtail) may be seen reflected. Dense vegetation covers the southern slopes of the lake.

We'll travel to Sarangkot early in the morning for a sunrise tour. The greatest dawn perspective above the mountain is from Sarangkot, where you can see the mount Dhaulagiri, Mount Annapurna and Machhapuchhre ( Fishtail) Himalaya peaks.

Sarangkot Sunrise: It is one of the best parts of your tour. You can witness the beautiful, glowing rising sun with its mesmerizing rays. The hues of the dawn are striking, as if the sky is on fire, while fog blankets the lake below, and the mountains to the left are flooded in the morning light.

After the sunrise tour, we'll visit several religious, cultural, and adventurous attractions in Pokhara. Among the most popular places, Barahi Temple, David Falls, Bindhebasani Temple, Fewa Lake, the International Mountain Museum, etc are included. You may also engage in a variety of thrilling activities, including paragliding

Bindhabasini Temple: It is conveniently situated in Pokhara. It is the oldest temple there. It's devoted to Goddess Bhagwati, another Shakti manifestation. The park regions are perfect for picnics and relaxation.

Seti River Gorges: One of Pokhara's natural wonders is the Seti-Gandaki gorge. The river's terrifying rush and the deep gorge created by the rapid flow of white water can be seen from the K.I. Singh bridge in Bagar, Mahendrapool, and the Prithivi highway Bridge near the bus park.

After Pokhara, we will drive or fly back to Kathmandu. This will be a tour along the riverbanks with beautiful views of the highlands and a glimpse into rural Nepalese life. After arriving in Kathmandu, you can relax or go shopping nearby. You will enjoy a goodbye supper in the evening to commemorate the successful conclusion of our adventure.

A full-day guided sightseeing tour of ancient Patan and Bhaktapur cities, including the historical Durbar Square area and many other famous monuments. Patan includes the Golden Temple, Krishna Temple, and Kumbheswor Temple. Similarly, Bhaktapur includes the popular Nyatapol, Pagoda, temples, and the unique peacock window. You will enjoy a farewell meal in the evening at a Nepali restaurant.

After a few days of fun and excitement, it's time to say goodbye. According to your flight time, our representative will take you to the Tribhuvan International Airport.

We wish you a safe and enjoyable trip.